The Louis Armstrong Educational Foundation (LAEF) is deeply saddened by the passing of Stanley Crouch, who served as President of LAEF from 2010 – 2020. The 74-year old author, journalist, critic, playwright, poet and NEA Jazz Master died Wednesday, September 16, in the Bronx, New York, following a long illness.

“Stanley and I spoke almost every day for over 35 years. Our conversations often ended in arguments, but speaking with him was one of the most fascinating and richly rewarding experiences of my life,” said Wynton Marsalis, who succeeded Stanley as President of LAEF. “He was from the hood, and he had all of the grit and mother wit that came with that pedigree. “Crouch” (I called him by his last name, and he called me by mine) held a Ph.D. in connecting an unimaginable diversity of information across time, space, culture and conception. He was one of a kind, a writer and a poet of uncommon depth and feeling. Don’t listen to opinions on him. Read him if you want to know him.”

Stanley Crouch is best known as one of the most impassioned and at times controversial American cultural critics and commentators of the past half-century.
Crouch was the author of eight critically acclaimed books, including one novel, as well as hundreds of uncollected articles, essays, album liner notes, and reviews. His first essay collection, Notes of a Hanging Judge (1989), was widely debated in its day and established him as a critic to be reckoned with. His extensive writings on jazz influenced the direction of the music while also expanding the audience for it among the general public. He co-founded Jazz at Lincoln Center and served as artistic consultant, playing an integral role in the institution’s repertoire and often writing notes and essays for concert programs. Crouch’s acclaimed biography, Kansas City Lightning: The Rise and Times of Charlie Parker, was published to great acclaim in 2013.

Born on December 14, 1945 in Los Angeles, California, to James and Emma Bea (Ford) Crouch, Stanley Crouch was raised in a single-parent household. His mother had roots in East Texas. As an often-sickly child with severe asthma, he immersed himself in books and old movies. Becoming interested in jazz and poetry, he taught himself to play the drums. In 1968, he was named a poet-in-residence at Pitzer, one of the Claremont Colleges, where he would also go on to teach, prior to teaching literature at Pomona College, without a degree. He also led Black Music Infinity, an avant-garde jazz group that included future jazz luminaries David Murray, Arthur Blythe, James Newton, and Mark Dresser. His poems were published in the Evergreen Review and Harper’s magazine, and he published a collection of poetry in 1972.

In 1975, Crouch moved to Manhattan to focus on writing, and soon became a busy freelancer, giving up performing as a musician when his writing career took off. By the late ‘70s he was writing steadily for the Village Voice and later for the New Republic, covering music and literature with energy and intensity. His musical focus shifted from the avant-garde he played in the 1970s to a more roots-based jazz championed by musicians such as Wynton Marsalis, for whom Crouch became a longtime mentor.

Many will remember him from his lively column in the New York Daily News, in which he commented on race, culture, and local issues from 1995 to 2014. Crouch appeared frequently on television as a commentator, was a consistent guest on The Charlie Rose Show, had a short stint on 60 Minutes, and in 2001 was one of the prominent jazz scholars featured in Ken Burns’ epic 10-part television documentary Jazz. He appeared in many other documentaries as well, working with Burns and others. Ever the non-ideological and unpredictable thinker, his advice was sought in an official capacity by the Clinton and George W. Bush administrations.

In 2000, Crouch served as visiting professor at Columbia University in New York City. For much of the last decade of his life, he served as president of the Louis Armstrong Educational Foundation, which supports music education. Crouch was awarded honorary doctorates from Hofstra University and Manhattan College, and received a Guggenheim Fellowship (1982), Whiting Award (1991), MacArthur Fellowship (1993), and Fletcher Foundation Fellowship (2005). In 2016, he was awarded the Windham-Campbell Prize for nonfiction from Yale University, and more recently, he received Lifetime Achievement Awards from the Louis Armstrong Educational Foundation (2019) and the Jazz Journalists Association (2020), and was named a National Endowment of the Arts Jazz Master in 2019.
Stanley Crouch will be sorely missed by the Louis Armstrong Educational Foundation and a large number of friends and mentees, for whom he was a loving, inspiring and generous presence. 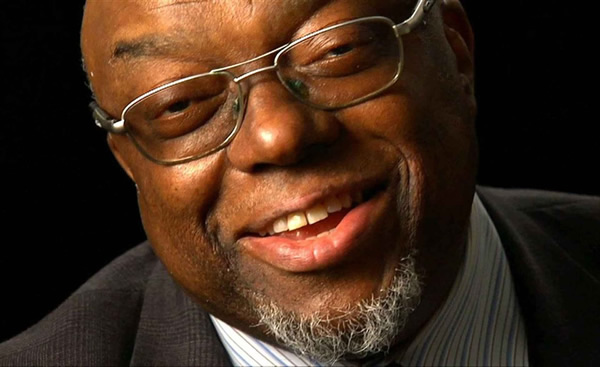