Phoebe Jacobs served as Executive Vice President and Director of the Foundation until her passing in 2012. She dedicated her long and distinguished life to jazz and to the workings of LAEF INC. An inspiration to all, her love for jazz, its meaning and its currency, had been with her since her days working as a seventeen-year old hat-check girl at Kelly’s Stables, a Manhattan jazz nightclub owned by a relative, Ralph Watkins. She later worked as a promoter and contractor, including, serving as the Director of Public Relations and Producer of Special Events at the Rainbow Room and Rainbow Grill in NYC. Her responsibilities included scheduling appearances of many prominent entertainers, such as, Benny Goodman, Sarah Vaughan, Cy Coleman, Duke Ellington and Ella Fitzgerald. Ms. Jacobs is perhaps best known as publicist for such prominent musicians as Ella Fitzgerald, Sy Oliver, Peggy Lee, Sarah Vaughan, Duke Ellington and Della Reese. For many years she worked very closely with Louis Armstrong, initially as a public relations specialist.

Having granted Louis Armstrong’s one of his last wishes, in 1969, Ms. Jacobs assisted organizing the Louis Armstrong Educational Foundation that supports music education programs for children and adults. These programs range from concerts in public schools and libraries as well as scholarships to college age youth to music therapy programs in the pediatric wards of Beth Israel Hospital. Most illustrative of Louis’ design and plan for the Foundation is the series of Young People’s Concerts under the aegis of Jazz at Lincoln Center, directed by Wynton Marsalis along with the Louis “Satchmo” Armstrong Summer Jazz Camp in New Orleans.

Among her invaluable contributions to Armstrong’s living legacy, she played an important role in the establishment of the Louis Armstrong Archives at Queens College in New York.

In 1995, she saw her, Lucille Armstrong, and the efforts of many, reach fruition when the United States Postal Service released a postal stamp for Mr. Armstrong. She also worked closely with the late Mercer Ellington and on the preservation of the world’s memory of Duke Ellington.

Indeed, it is Phoebe Jacobs’ personal relationship to jazz that fired her commitment to its survival. She was instrumental in establishing New York’s original Jazz Museum, the archives of which now reside at the Schomburg Center for Research on Black Culture in Harlem. She also co-founded The Jazz Foundation of America, and was a trustee for the Society of Singers.

Phoebe Jacobs contributions have been recognized in a variety of ways. One of her favorite reminiscences was being asked to accompany Lucille (Mrs. Louis) Armstrong on a 1974 tour where they carried memories of Armstrong’s music to countries behind the Iron Curtain. Also in 1981 she accompanied Eubie Blake to an honorary dinner at the White House, given by President and Mrs. Ronald Reagan. Through such commitments to share her unique education, Phoebe Jacobs has helped ensure that vital memories of jazz history and its contributing musicians will always live on. 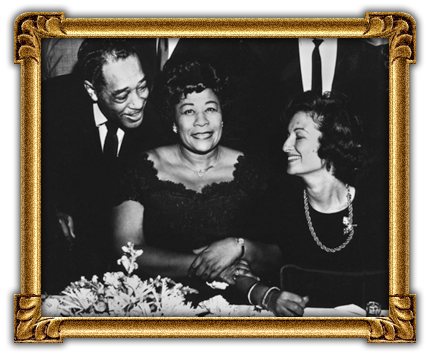 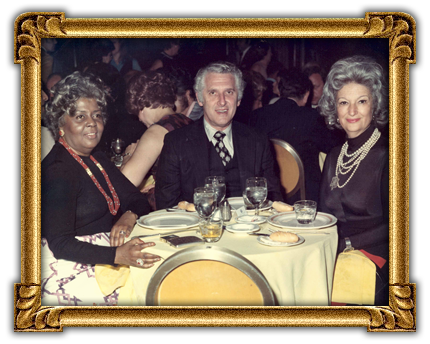